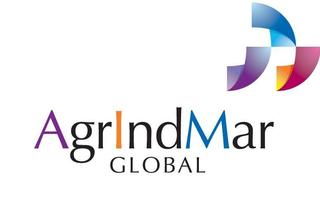 December 2014 - Agrindmar opens satelite office in Ho Chi Minh City, Vietnam under the direction of Mr. Le Phuoc Hai. Mr. Lu Phuoc Hai has a long experience with the trading of textile &  garment machinery as well as the import/export of seafood and agricultural supplies. Agrindmar is proud to welcome him onboard.

September 2014 - Agrindmar proposes Waste to Energy Technology to an Island Nation in the Pacific.

August  2014 - Agrindmar allies itself wth Indosaf who will be our Strategic partner in the Caribbean and South/Central America region. Indosaf is a very successful company based in Trinidad and has a 20 year history of supplying services and equipment in the Caribbean basin.

June 9th 2014 - Agrindmar signs agreement with Marinetek of Finland to establish pontoon manufacture facilities in the Caribbean for its expanded territory which now includes the whole of the Caribbean basin and Bermuda.

April 25th-26th 2013 - Agrindmar hosts an Energy Development Summit meeting at the Downtown Club in Houston, Texas. Among the Attendees are representatives from RC Technical Welding & Fabrication Inc., Gryffin Partners and the Hilliard group.

April 2011 - Agrindmar starts research on the uses of 'New Generation' Chemicals such as a non caustic descaler which is a direct replacement for highly corrosive and dangerous to handle Hydrochloric acid.

To find out more about AgrIndMar Global solutions

​ please email us at info@agrindmar.com